Your basement can be a dark, damp, smelly place if you don’t keep it clean.

Some basements are also just naturally smelly and damp.

The problem with damp basements is that they can start to smell musty.

If that smell has started to creep upstairs, then you might be wondering how you can keep your basement from stinking. 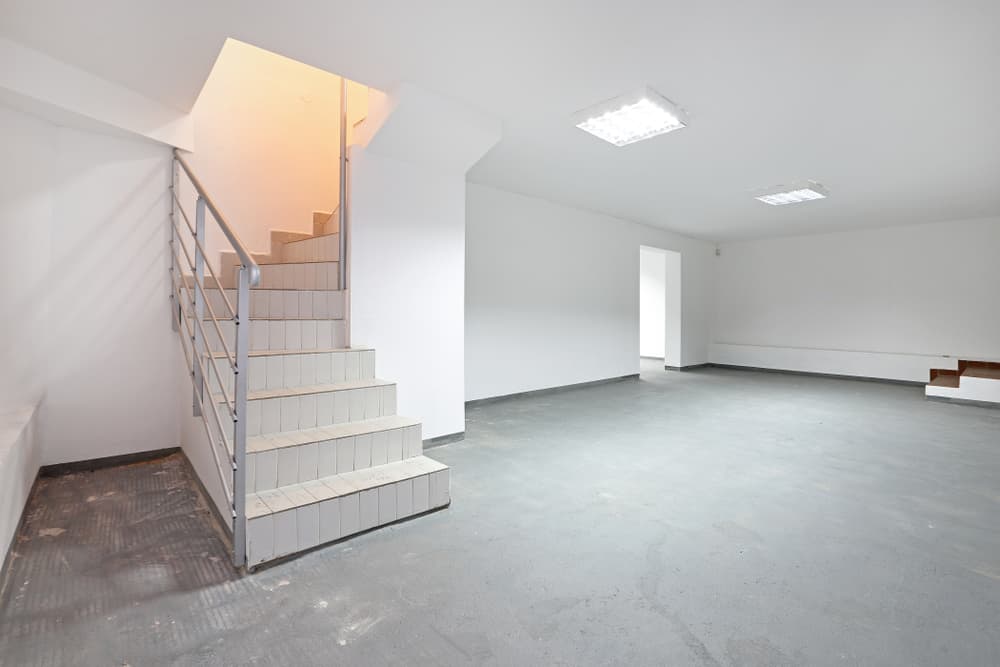 A musty smell coming from your basement usually indicates the presence of mold.

Removing leaks, keeping the area dry, and cleaning your basement can help you get rid of musty smells in your basement.

Let’s look at these methods in more detail. 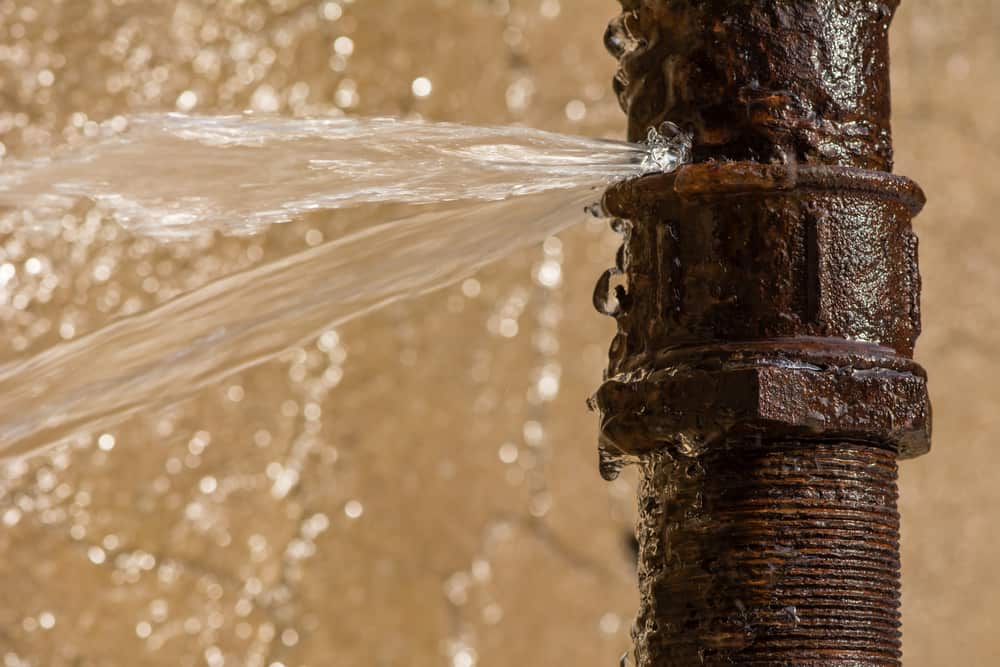 One of the reasons your basement might be smelling musty is that you have a leaky pipe.

It’s difficult to tell what’s going on in your basement if you’re not always down there.

You may not even realize one of your pipes has a leak until someone uses a certain appliance.

If it only leaks when someone uses the bathroom sink, for example, then unless you’re down there when someone is using that sink, you’re not going to notice the leak.

As such, the first thing you can do to remove the musty smell from your basement is to locate the leaky pipe.

The musty smell won’t ever disappear until you remove the source that is causing mold to grow.

Instead of turning on every water appliance in your home, however, it’s a better idea to turn one on at a time.

You might discover that the appliance, itself, is leaking, too.

If you run them all at the same time, then you can’t be sure which appliance is causing the problem.

Once you’ve found the source of the leak, you need to repair it.

Fixing plumbing leaks can be as simple as replacing the pipes.

If your pipes aren’t covered, then accessing them is easy.

If they run behind drywall, then it’s going to be a bit tougher.

If you’re smelling something musty coming from your basement, however, then there’s a good chance mold growth has already started.

You just need to find the drywall that has mold growing on it.

Remove it, and you’re sure to find the leaky pipe behind it.

You can remove the musty smell from your basement by repairing a leaky pipe that’s causing the smell.

2. Check For Foundation Cracks And Repair Them 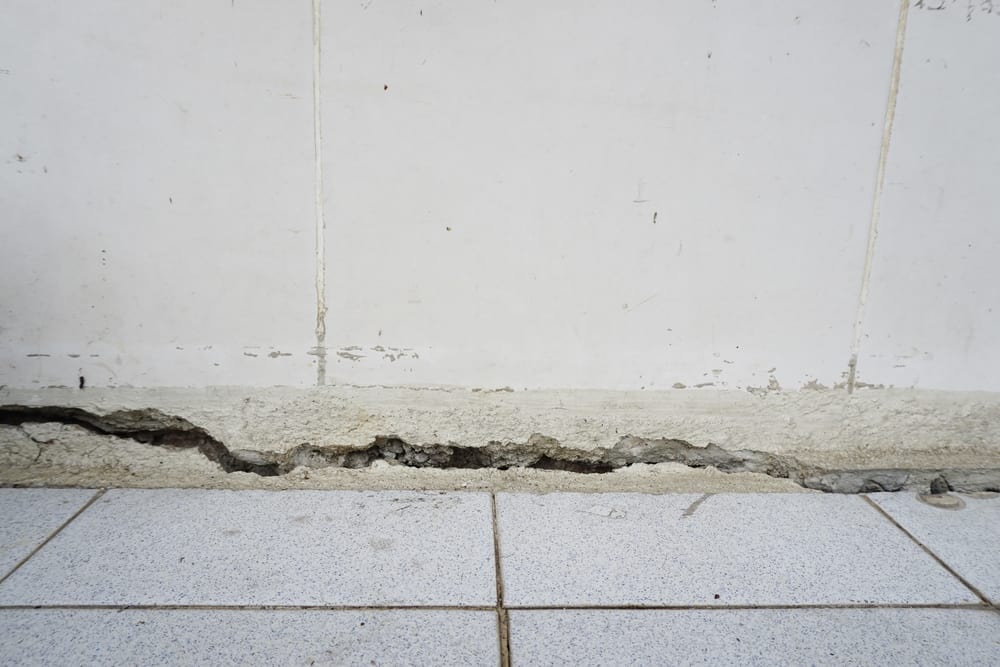 Another problem that might be causing your basement to smell musty is a crack in your foundation.

No one likes foundation damage.

It can become very expensive to repair if the damage is bad enough.

However, if you can catch damage early enough, then you might be able to repair it before it becomes incredibly expensive.

Foundation damage usually occurs when there’s an earthquake or when it has been exposed to water over a long period of time.

Because water can erode stone and cement, it starts to eat away at the foundation of your home.

Having gutters can help since they steer the water running from your roof away from your house.

If the damage is already done, then there’s a chance that the foundation is allowing water to seep into your home.

You’re smelling a musty odor from your basement because mold is starting to grow.

It could be growing on the support beams located within the walls of the basement.

It could be growing on the drywall, itself.

Either way, if mold is starting to grow on the structural elements of your home, then you have a bigger problem than just a musty smell.

In particular, you should worry about mold weakening your home.

If left unchecked, the mold could make your home collapse due to water and structural damage.

Repairing the foundation may be as simple as sealing the cracks.

Once you fix the foundation, however, it will stop the water from entering your home.

With time, the musty smell will disappear since mold isn’t growing any longer. 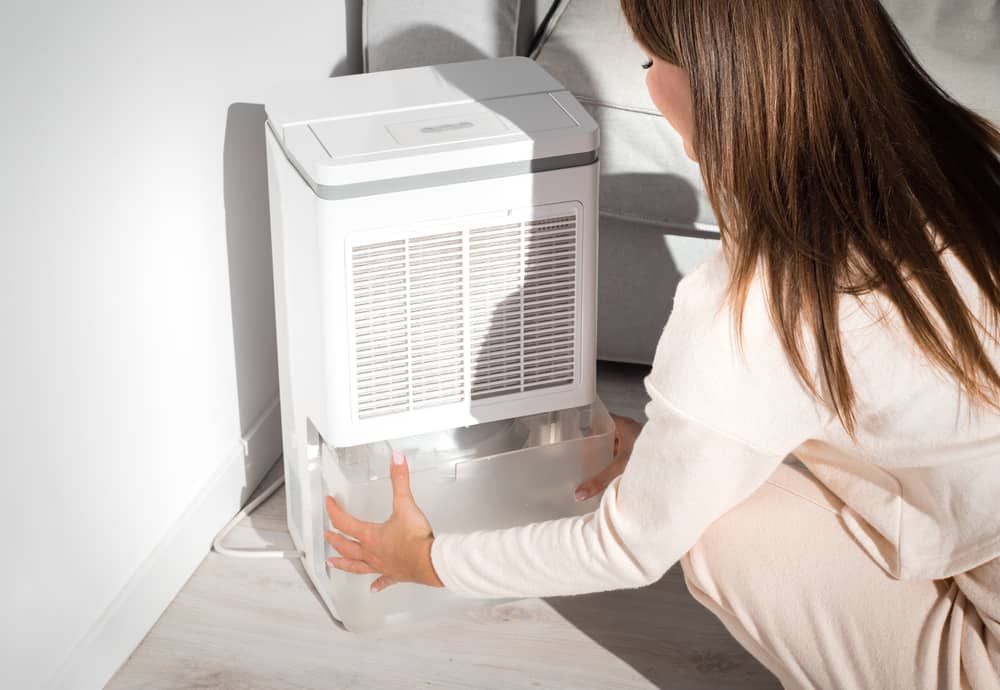 Sometimes, it may not be a leak that’s causing mold and mildew to grow in your basement.

If your basement has high enough humidity, then it could be making the musty smell worse.

The heat and moisture allow it to grow and spread.

The best way to remove that humidity is with a dehumidifier.

A dehumidifier essentially works by removing the warm air.

It pulls in warm air and the moisture condenses into a storage tank within the unit.

The air then goes through a refrigeration process and passes back out cooler and drier.

Depending on the size of your basement, you may need a large dehumidifier.

You’ll need to empty out the water tank from time to time depending on how humid your basement is.

You may also find it helpful to install a dehumidifier in your basement after a leak has occurred.

The unit can help make your basement dry out faster.

It’s less likely that mold is going to grow when the basement is dry.

Whether your basement is humid naturally or it’s moist due to a leak, a dehumidifier can help dry the area out and remove the musty smell from your basement. 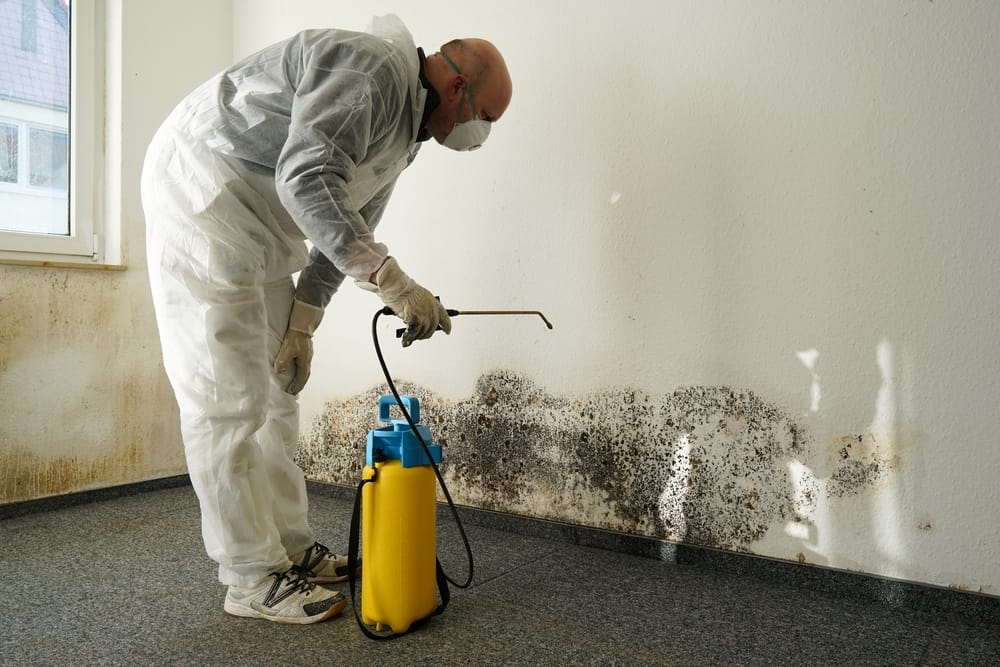 The primary cause of a musty smell in your home is the presence of mold or mildew.

Mold, in particular, gives off a musty, earthy smell.

The more mold you have, the more powerful the odor.

Mold usually starts growing inside a home when there’s been a leak or standing water in an area for a long time.

Once mold accesses your home, there’s a chance that it can spread throughout the entire house.

As such, it’s always a good idea to act quickly if you spot it growing in your home.

You can kill mold with a number of different cleaners.

One of the most effective ways to kill mold is to use bleach.

Bleach is able to kill mold and keep it from spreading.

However, bleach isn’t always able to penetrate deep into a porous material like wood or drywall.

As such, there might still be mold lurking within the drywall and wood.

If you don’t have bleach, then you might want to try vinegar.

Although it isn’t as potent as bleach, it can kill mold to a degree.

Once you kill the mold and mildew, the musty odor should start to vanish from your basement.

5. Clear Out The Air With Baking Soda 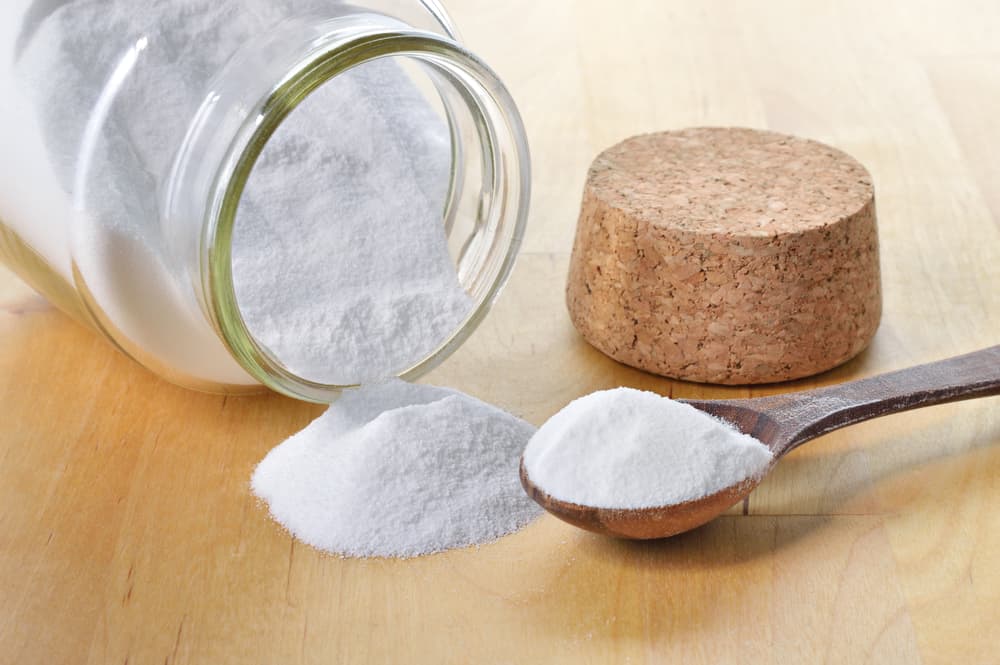 It can take some time after you kill mold for the musty odor to finally disappear.

You can help speed up the process by placing bowls of baking soda in the basement.

Baking soda is a neutralizer.

It can remove the unpleasant odor hanging in the air and make the basement smell fresher.

If you can’t open a window or need the basement to smell good in a short amount of time, then using baking soda can help.

Why Does My Basement Smell Musty? 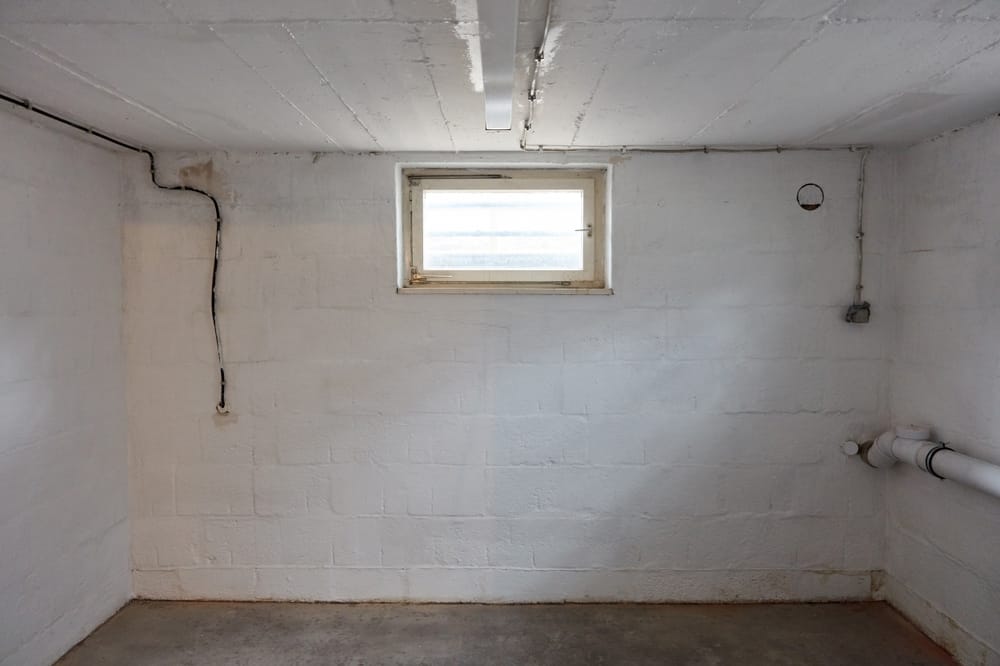 When you start to smell a musty odor coming from your basement, you may be unsure of its cause.

Recognizing the cause or source of the musty odor can help you take action to remove it.

Here are some reasons why your basement might smell musty.

The primary reason your basement might smell musty is the presence of mold and mildew.

Since mold can be a sign of a larger problem, it’s a good idea to try and track it down and remove the cause of the mold.

Then you clean the mold and keep it from growing back.

After some time, the musty odor will go away.

For one, your carpet may be soaking up water.

If there’s a leak somewhere, then the carpet could be soaking it up.

It’s likely that there’s mold growing within the carpet.

Ripping out the carpet and cleaning any mold from underneath can remove the musty odor.

Even if there isn’t mold in the carpet, if you have an old, wet carpet in your basement, then it’s going to cause a musty odor.

Removing the carpet can make your basement smell fresh again.

If your laundry area is down in the basement, then there’s also a chance that damp garments or fabrics might be causing the musty smell.

It’s even possible that the washer or dryer might be moldy and causing the odor.

You don’t want to leave wet clothes in your basement.

Since basements don’t always have the best ventilation, those clothes are going to make the entire place smell.

They either need to be washed immediately, or you’ll want to dry them out first, then wash them later.

Your basement might smell musty because of damp garments.

A problem with basements is that they often lack ventilation.

Certain basements might open to the backyard or have windows, but other basements are more cellar-like.

They’re fully enclosed without any windows or doors leading outside.

As such, all the air becomes trapped down there.

That’s especially true if the door leading down to the basement is usually closed.

Without proper airflow, the air can smell stale and musty.

A great way to fix that is to have a fan blowing the air around in the basement.

It can help keep the air from becoming too stale.

If the basement has a window, then it’s worth opening it from time to time to let in the fresh air.

Poor ventilation could be causing your basement to smell musty.

How To Prevent Musty Smells In The Basement

Prevention is one of the best ways to ensure your basement never smells musty.

By following the tips below, you can help prevent problems before they occur and make your basement smell musty.

If you notice that your insulation has become damaged due to moisture, then you should replace it as soon as possible.

Mold loves most types of insulation.

It will spread quickly throughout it.

Removing and replacing wet insulation in your basement can ensure mold doesn’t grow.

You might not have a leaky pipe, but you may have pipes with condensation.

Certain pipes might drip water when they’re in use.

Instead of just letting them drip in your basement, you should put a bowl beneath them.

By pouring out the bowl regularly, you can keep the water from standing still on your basement floor.

As a result, mold won’t grow, and you won’t smell musty odors.

A final way to prevent your basement from smelling musty is to regularly clean it.

Even if you rarely use your basement, it’s still worth cleaning.

Scrub it down with some bleach every few weeks, and you can ensure mold and mildew will never grow in the area. 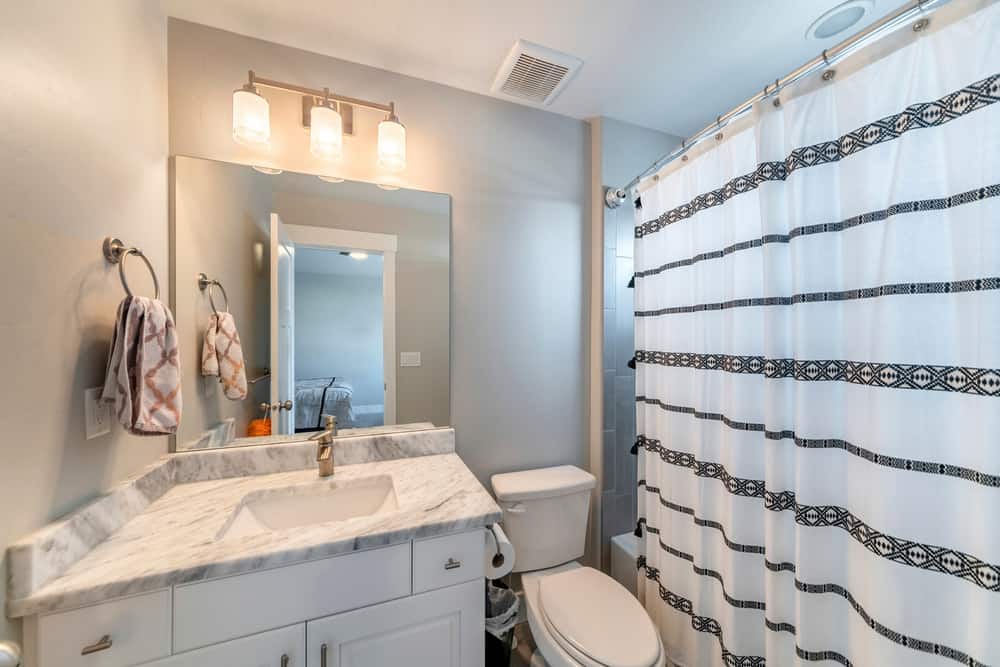 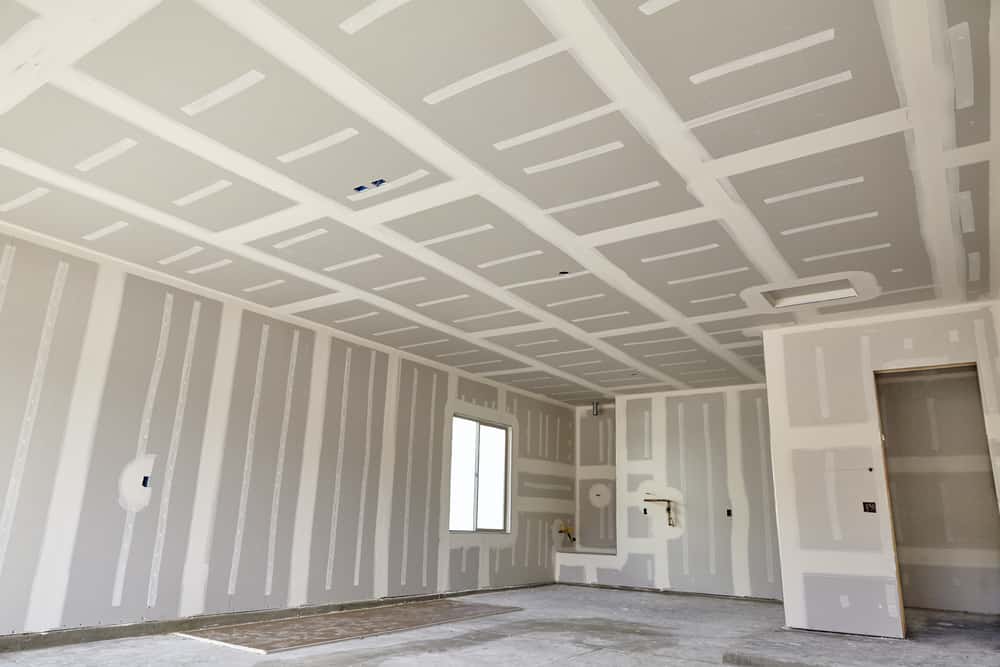 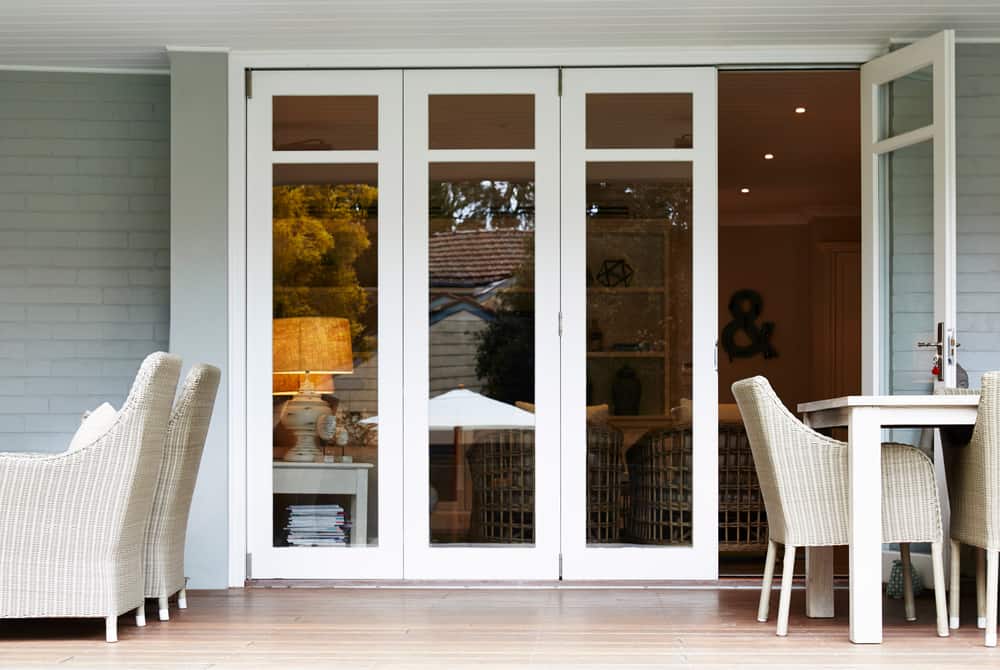 William Butterworth is a professional writer of both compelling content copy and fiction. When he isn't rescuing his faithful dog's ball from beneath the sofa, he's busy with his friends playing Dungeons and Dragons or various other nerdy past times. A lover of books, tea, and 1800s fashion, he often feels a small step out of place amid modernity. In the words of Tolkien, all those who wander may not be lost, but William certainly is.