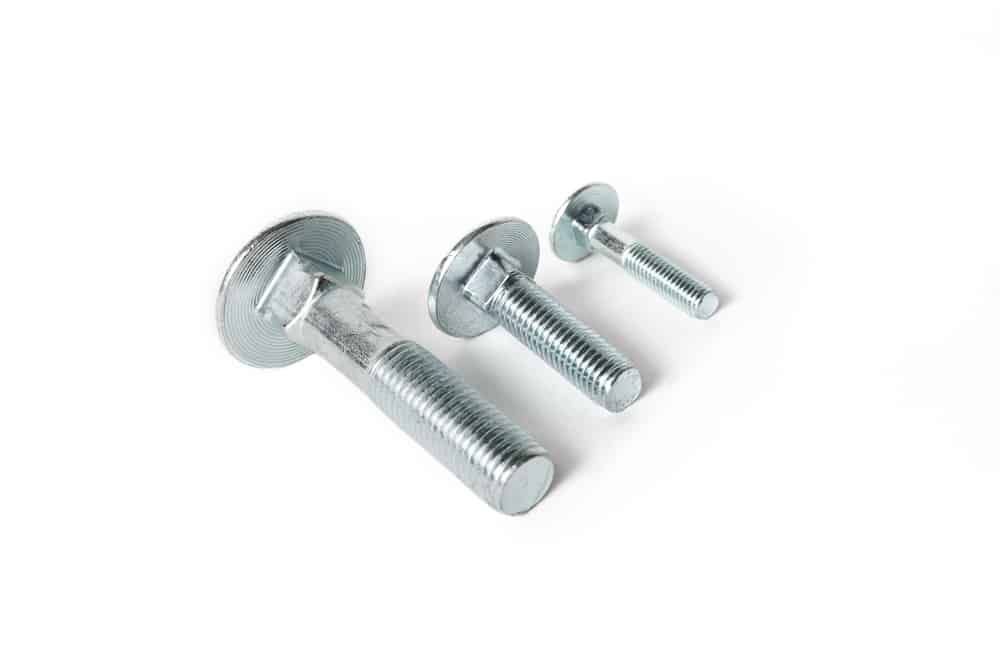 There are many different types of screws and bolts that can be used for a variety of projects.

Understanding the differences between these types of hardware can help you complete a project the proper way.

Knowing the differences between the products and the benefits that they can offer will certainly help you increase your efficiency on your next project.

We will explain to you some of the differences between a lag bolt and a carriage bolt so that you can pick the one that will work best for you. 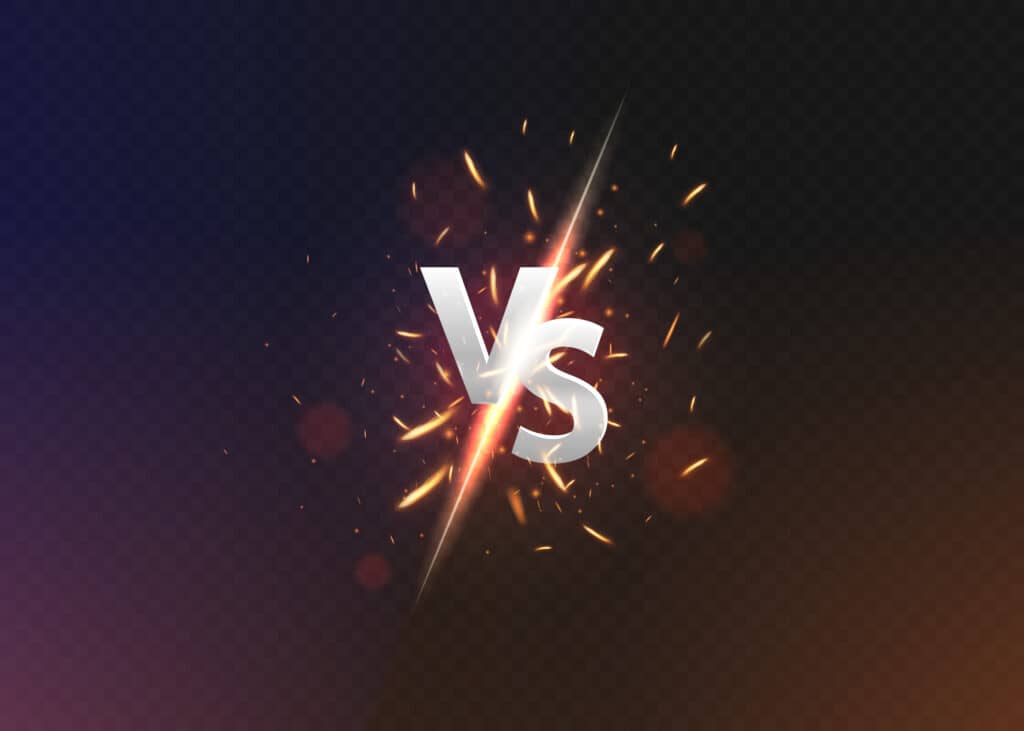 A lag bolt has a tapered shaft with threads that run about half the length of the bolt.

A carriage bolt usually has a square neck with threads that run about three-quarters of the length of the bolt.

The carriage bolt tends to have a rounded head, while the lag bolt has a hexagonal or square head.

The differences between these two bolts are best discovered and described when you look at how they are used.

Let’s take a bit more of an in-depth look at the lag bolt and the carriage bolt and how you can use them in your project.

What Is a Lag Bolt? 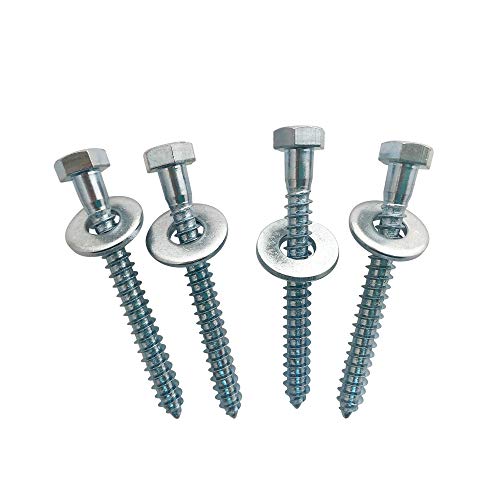 A lag bolt is very similar to an ordinary screw in that it is going to do the job of holding two pieces of wood together.

The lag bolt is longer and stronger than a typical wood screw.

When you install a lag bolt, you will use a wrench or a socket to do it.

Many people use lag bolts when they are putting together outdoor projects like decks or areas that need quite a bit of extra strength to stay together.

Lag bolts can be purchased in a few different types of materials, but stainless steel is the most common.

In addition, you will find that the bolts are typically three to six inches in length.

If you are using lag bolts in heavy-duty construction and design, a lag bolt is a great choice.

Even though they are most commonly used in three- or six-inch lengths, they can be up to one foot long.

What Is a Carriage Bolt? 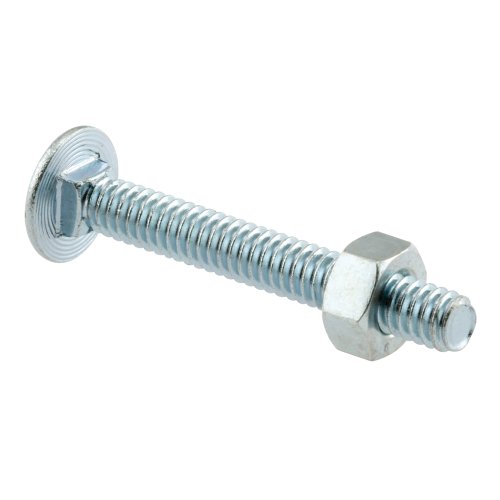 A carriage bolt comes in a few different varieties, but it is mostly a square shape.

Once a carriage bolt is tightened, the bolt will not be easy to turn, and it is a very strong connection.

A carriage bolt is usually used with a flat washer, and they come in a variety of sizes and diameters.

What Is a Lag Bolt Used For? 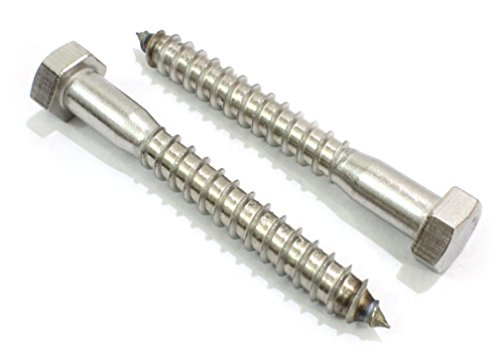 One of the great things about the lag bolt is that it has a point on the end.

You can use this point to make a hole in the wood without having to predrill the hole first.

This makes the lag bolt a little easier to work with.

Since it is easier to work with lag bolts than carriage bolts at times, they can be really good for projects that are a bit faster.

One of the best places to use lag bolts is in a deck.

Since the lag bolt is screwed directly into the studs, it makes things a bit easier.

In addition, lag bolts are often used in rafters when building a home.

The lag bolt and the carriage bolt are often talked about interchangeably, but as you can see, they are, in fact, quite different.

What Is a Carriage Bolt Used For? 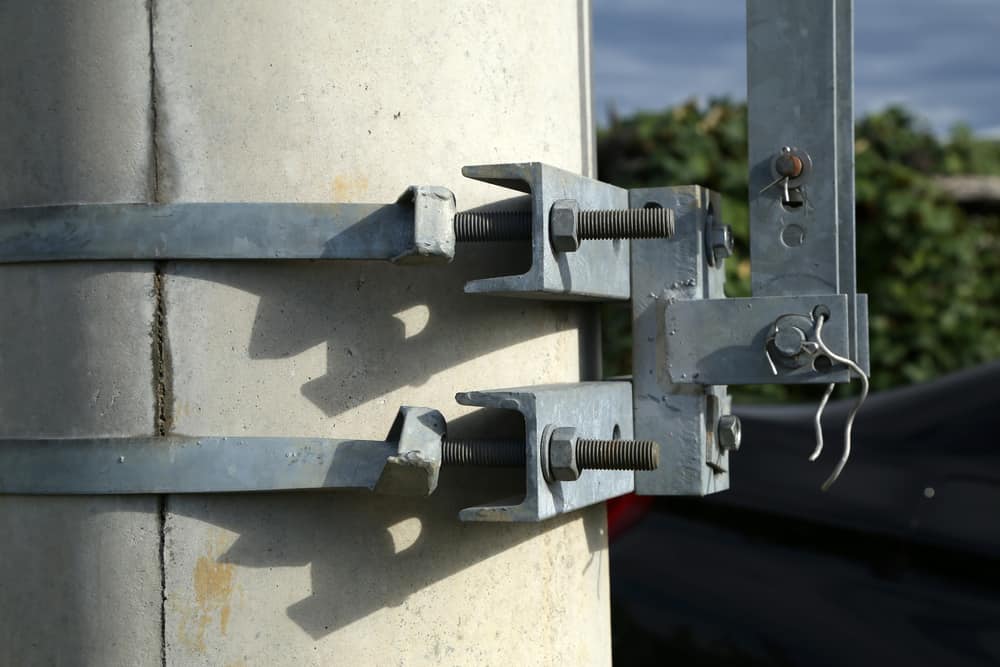 The carriage bolt has a flat end, and because of that, it is used with a flat washer.

There are a number of different projects that will do well with the use of a carriage bolt.

For instance, when you are creating outdoor structures such as carports or pergolas, the carriage bolt is a great choice.

You can use the carriage bolt because it can be passed completely through the wood and then secured with a washer and nut.

If you use a carriage bolt that is long enough, it will act almost as if it is a steel beam that is used as a support inside the piece of wood.

Docks are another area that will use carriage bolts because they need something that is strong, versatile, and capable of holding the wood together.

Another great thing about most carriage bolts is that they are quite good at holding up in all weather conditions.

From swing sets to wood shade structures to pergolas, the carriage bolt is a versatile piece of hardware that is worth having around. 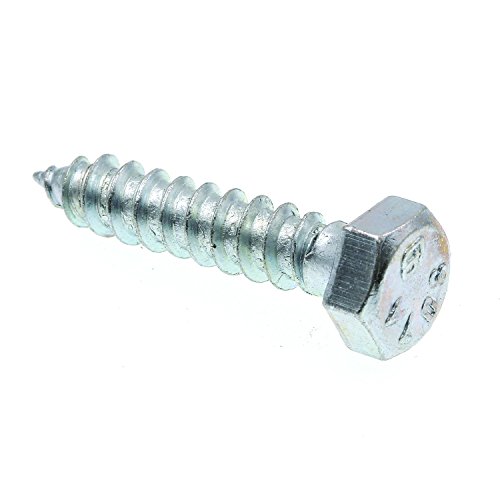 One of the things that people wonder about is how strong lag bolts are.

If you are installing something using heavy pieces of wood that are strong and weight-bearing, you will need something strong to fasten them together.

The lag bolts or lag screws are known as being some of the strongest bolts available.

These are used for strong lumber and heavy materials that are going to need lots of extra strength.

The amount of strength a lag bolt has will also depend on the type of wood that it is being used in.

One of the reasons behind this is that some wood can be a bit soft, and it will start to move or bend a bit if the weight gets too strong.

The stronger the wood, the more the lag bolt can hold.

Lag bolts are known for being able to hold hundreds of pounds.

Those who are doing a lot of construction will start to learn the capabilities of the lag bolt and which project it’s going to make the most sense to use it for.

Determining weights and capacities in construction is extremely important as it will impact the safety of the finished project.

How Much Weight Can a Carriage Bolt Hold? 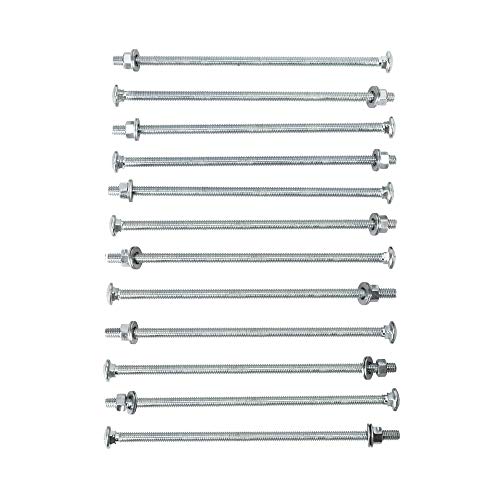 Just as we explained that the lag bolts are quite strong, so are the carriage bolts.

Depending on the lag bolt’s grade and the application in which it is installed, you will find that lag bolts can hold up to thousands of pounds.

The shear strength of carriage bolts also tends to be relatively high.

If you are wondering what the strongest bolts are, they would be the commercial-grade 8 bolts.

These come in several different types, but they are known for being the strongest.

The strongest commercial grade 8 bolts are made from a carbon alloy still, and they are built to withstand tremendous amounts of pressure.

The way these bolts were designed allows for plenty of strength.

Remember that, even though something looks like it is a small piece of steel, if it is manufactured correctly and installed a certain way, it can be worth a lot of money.

How to Choose the Right Bolt for a Job 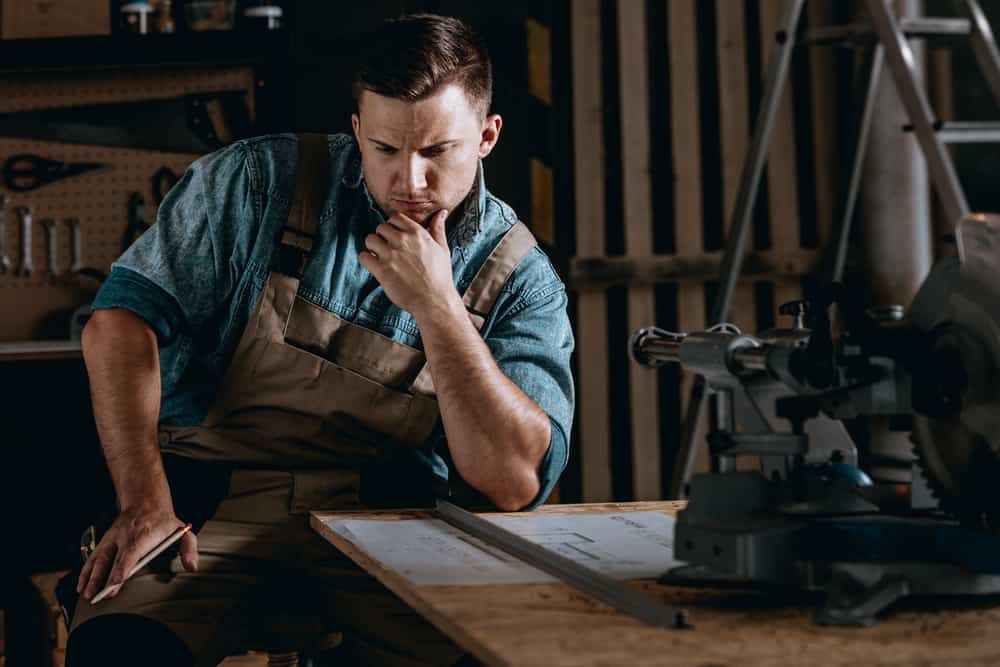 As important as it is to know the differences between different types of bolts, it is also extremely important to understand which bolt is going to be the right one for the job.

There are a few basic things that you must keep in mind to help you choose the proper bolt for the job.

The most important factor in choosing a bolt is to know what you are going to use the bolt for.

Sometimes the application of your bolt is going to completely change what you can use it for.

Are you using the bolt outside, is it for a lightweight project, or will it be a weight-bearing project?

Many times, you can look for a project that is similar to the one that you plan on building and use the same bolts that they are using for that project.

This will help you decide if you need threaded rods or if you need washers and bolts and nuts as well.

Essentially, you must be careful about whether or not you are using bolts and fasteners in a standard way or if you are going to use them in a unique way that makes you have to think outside the box.

Another critical thing to consider is the size of the bolt that you need.

It can be a bit difficult to measure size, but you will need to understand that some bolts and nuts are available in large sizes and others are not.

Finding the right bolt size also includes how much of the bolt you need to be threaded and the type of cap that you want on the bolt.

A cap with a hexagonal shape may be a better fit than something with a square shape.

All of these things about size and shape need to be considered before making the final decision.

The material that a screw or bolt is made of is going to impact the strength and the type as well.

Hardware like this will be graded, with a 2 being a lower grade and an 8 being a higher grade.

The grade 8 bolts and nuts are going to be stronger than the grade 2 because they have been hardened and their production involved a much more difficult process.

The material you use will vary depending on the task at hand.

It’s important to consider the ability of the material to hold up in certain conditions as well.

Finding something that works for your needs at the time is essential.

Some people don’t consider vendors when they are purchasing screws and bolts.

However, this is something that should be considered.

Those who have been in the construction industry for quite some time will know that vendor selection is essential.

Try to learn about the different vendors and brands and see which is going to make the most sense for you over the long term.

Sometimes for a quick project, the vendor won’t matter, but for building a house or a deck, this is something to consider.

Now that you have a better understanding of the difference between the lag bolt and the carriage bolt, you can choose one for your next project.

These two bolts are similar, but it pays to understand the differences and the limitations that each one has.

There are so many different types of bolts and screws on the market, and you should choose something that is specifically adapted to what you need.

If you aren’t careful about what you choose, you will end up with an incomplete project or something that is not sturdy enough as a finished result.

Remember, the hardware is just as necessary as the wood used in the project. 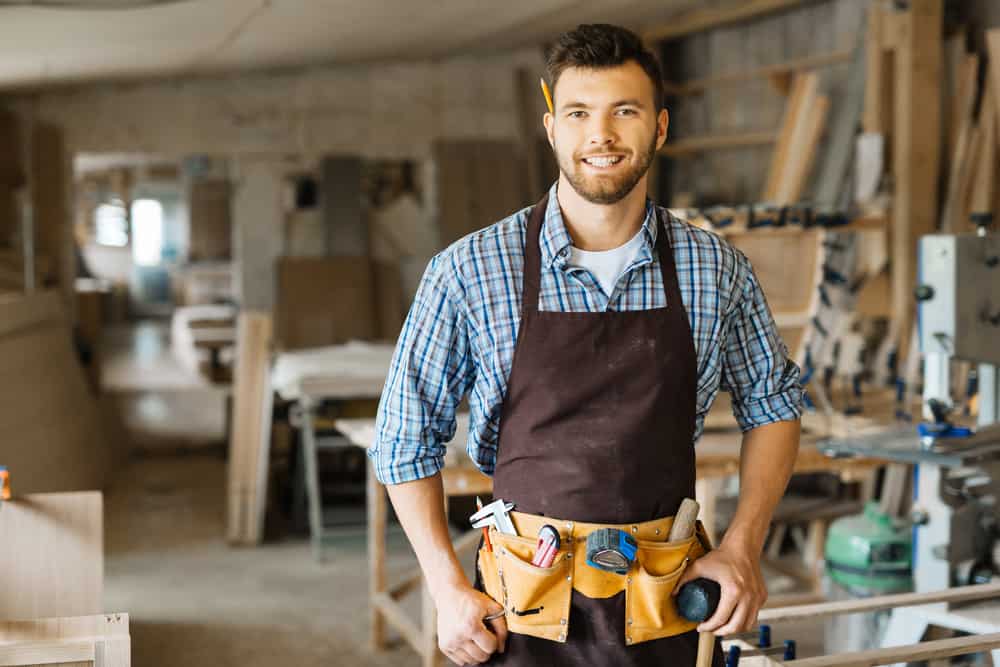 25 Home Repairs You Can Do Yourself 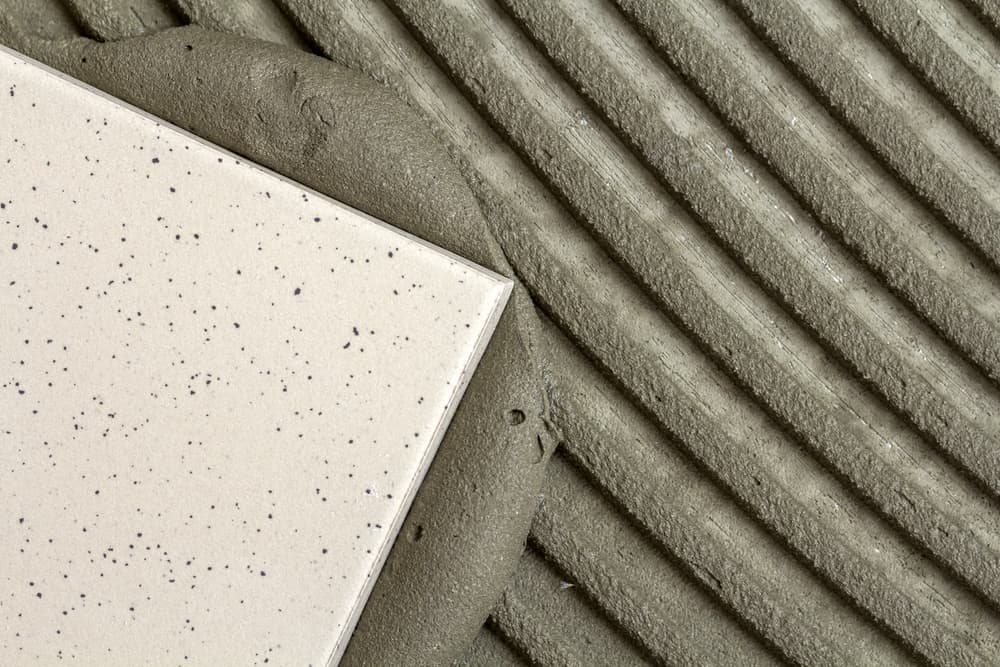 How Long Does Tile Mortar Take To Dry? (Explained) 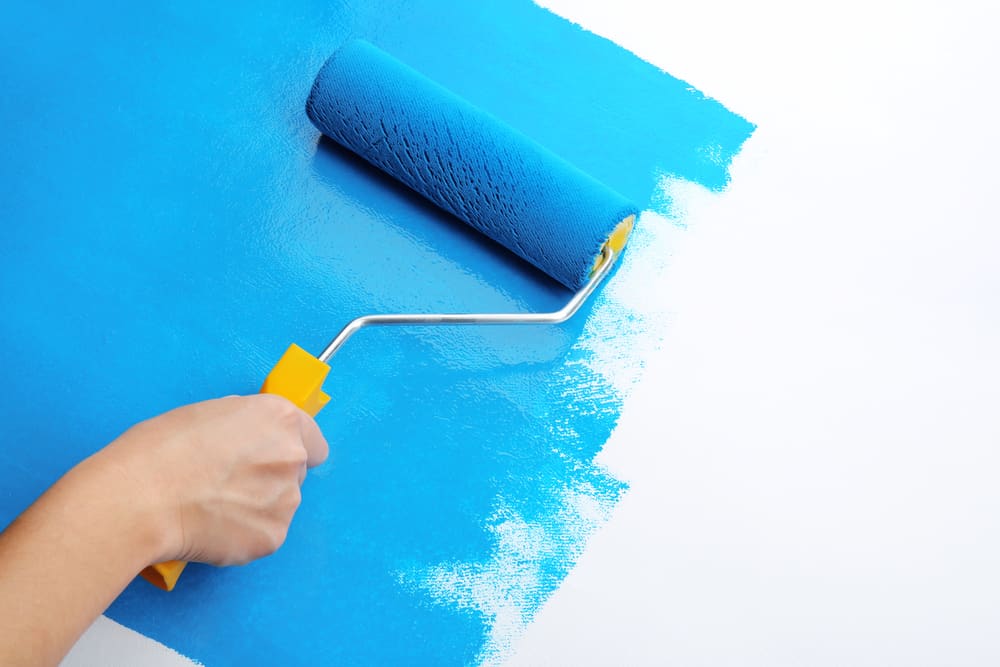 Can You Use Ceiling Paint On Walls? (Explained)